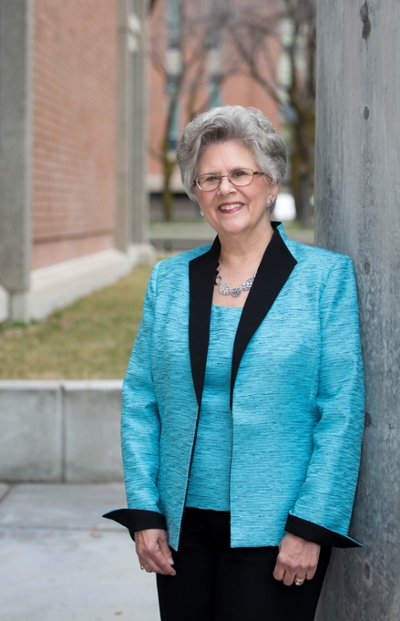 College of Nursing Dean Trish Morton announced her retirement at a meeting with faculty and staff July 17.

Morton, a longtime professor and administrator at the University of Maryland College of Nursing, was named dean at the University of Utah in 2013. During her tenure, the college accomplished several education curriculum changes, accreditation, growth in research grant submissions, boosted faculty salaries, pledges for three new endowed chairs and improved NCLEX licensure test pass rates.

"I have been so honored to serve as the sixth dean and to be a part of such an excellent college of nursing," Morton said.

Among the dean's accomplishments, Betz noted:

Dean Morton's last day will be Sept. 30. She will continue to serve as the Editor of the Journal of Professional Nursing, the official journal of the American Association of Colleges of Nursing.

"The time has come for me to have some fun now," she says. "My husband John retired 11 years ago and has been patiently waiting to whisk me away for some fun. So, my new goal is to start working on my bucket list."

An interim dean will be named shortly.