Nursing on the Battlefield 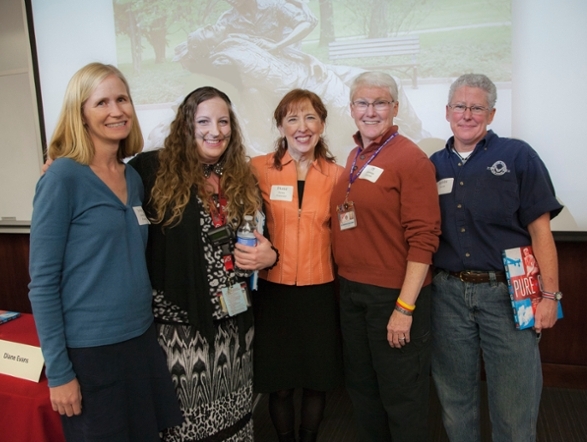 On October 30, 2014, we welcomed Diane Carlson Evans, a former Army combat nurse and Vietnam veteran, for an event, "The Quiet Heroines: Nurses in Wartime." Diane shared her experience as a nurse in Vietnam and her efforts in establishing the Vietnam Women's Memorial. Read more...

Now, we are honoring nurses for Veterans Day in two interviews with the Scope Radio about nurses in the battlefield.

Nursing on the Battlefield

Although nurses make an important contribution to war efforts, we usually picture military men instead of nurses when we think of war. Nurse veterans Diane Evans and Jenny Alderden discuss their experiences in Vietnam and Iraq. They talk about their challenges, what they learned from combat nursing and how it helped them become better nurses.

Back from War: Helping Vets Readjust

Many of those who serve in the military return home with PTSD and have a hard time readjusting. Veteran nurse Diane Evans, who served in the Vietnam War, talks about life after returning from duty and the best way to re-acclimate. She offers advice to family and friends of veterans who want to help but are nervous about asking what they can do.