There are keepers of history and those who dismiss the past.

Longtime College of Nursing professor Kathleen Kaufman is the former.

For decades, Kaufman was a protector of nursing artifacts—old medications, fragile uniforms, dusty textbooks—and a font of institutional knowledge for the state’s nursing history.

This month, the college opened a new display, the “Legacy of Nursing” collection on the third floor, and honored Kaufman, who retired in 2012, for her efforts to collect and preserve many of the pieces. Others have been donated by alums or their family members. At an unveiling ceremony Jan. 8, Kaufman said the memorabilia is a reminder of how far nursing has come—from the starched white caps and muramide burn ointment of the 1940s, to the unisex scrubs and genetically precise treatments of today. 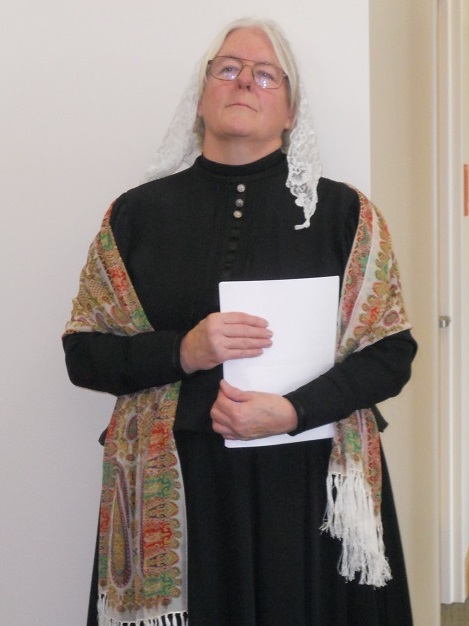 “We’ve had many, many great leaders,” Kaufman said. “I just hope that you recognize that we stand on the shoulders of giants. That’s where we’ve come from.

“People need to remember that there were a lot of folks who came before them who were really pioneers and tremendously brave and very creative,” she added. “This display will give you a reminder that there was a past to nursing and that nursing came from somewhere.”

Kaufman graduated from Grove City College with a chemistry degree before receiving her bachelor’s in nursing from the University of Maryland in 1978. In 1987, she received her master’s degree from the University of Utah and became an instructor at the college, eventually working her way up to associate professor in 1997. She retired 25 years later.

Many at the Legacy of Nursing presentation credited Kaufman for changing the course of their nursing careers.

Lynn Parker, an adjunct instructor at the college, said Kaufman’s off-hand suggestion that she would be hired to teach at the U. “in a heartbeat” if she had a master’s degree set her on a certain path.

“One comment got me here,” Parker said. “For me to remember those words all these years later is remarkable. Hearing that just lit me up.”

“Mentoring is such an incredibly important component of education. You need someone who builds you up, but makes sure you take responsibility for your own learning. She’s the reason I’m here. It’s all on this woman.”

And College of Nursing Associate Professor Glenda Christiaens remembered, after a particularly frustrating day as a young student nurse at LDS Hospital in 1992, watching Kaufman simply hold a patient’s hand and stroke his temple.

“My whole career changed,” Christiaens said. “My life changed. I went from focusing on skills to focusing on patients, on human beings. I thought, ‘That’s the kind of nurse I want to be. I want to be a healer. I want to be someone who loves my patients and cares.’” 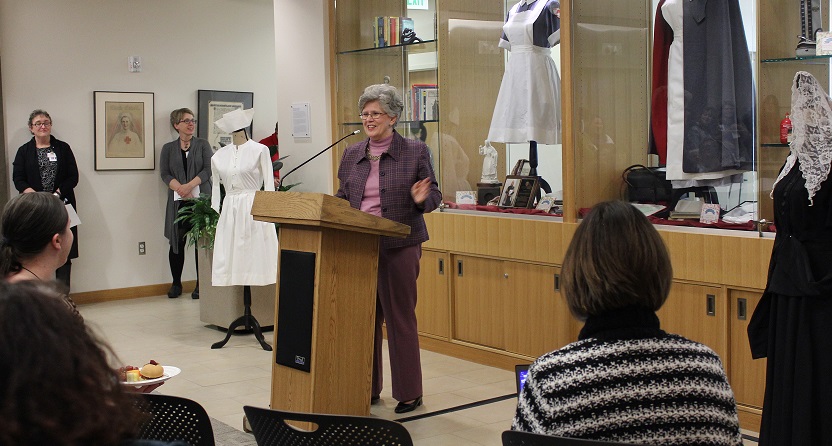 And Kaufman’s longtime colleagues, CON professors Sue Chase-Cantarini and Lynn Hollister, noted Kaufman’s contributions to the community at large—from teaching gardening and babysitting classes at Morningside Elementary in her Holladay neighborhood, to Kaufman’s dedication to nursing curriculum development and the Utah Nursing Association.

In her own nursing history classes, “History came alive,” Hollister said. “Florence came to class. She came to class dressed as Florence Nightingale. She made the students really appreciate where we have come from.

“We are all better nurses, better teachers and better people because of Kathleen’s passion, compassion, creativity and hard work.”