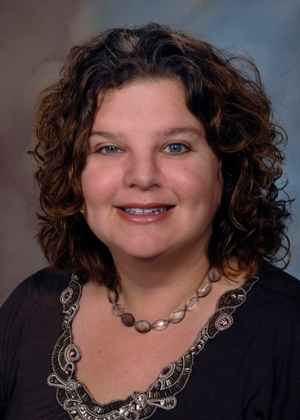 The campaign to immunize children to protect against the cancer-causing human papillomavirus (HPV) has never quite gone mainstream.

And new research from University of Utah College of Nursing Assistant Professor Deanna Kepka reveals just how difficult it might be to meet national objectives for herd immunity.

“Our findings that the rates of HPV vaccine initiation are highest among adolescent girls living in high-poverty communities and majority Hispanic communities, which generally have higher than average poverty rates, are contrary to conventional beliefs that socioeconomic disadvantage is a barrier to health care,” said Henry, an assistant professor at Temple University and a member of Fox Chase Cancer Center’s Cancer Prevention and Control program.Using data from the Centers for Disease Control and Prevention’s (CDC) 2011 and 2012 annual National Immunization Survey-Teen, Kepka and Henry reported 69 percent of Hispanic girls between 13 and 17 years old had initiated the three-dose vaccine. In contrast, girls living in majority white, non-Hispanic communities had the lowest rate of HPV vaccine initiation – 50 percent. Non-Hispanic black communities were only slightly better, with a 54 percent initiation rate.

The federal government’s Healthy People 2020 initiative recommends 80-percent HPV vaccination for girls and boys. But in 2013, just 38 percent of U.S. girls and 14 percent of U.S. boys ages 13 to 17 had completed the three-dose series of shots.

On Jan. 1, Kepka, director of the Intermountain West HPV Vaccination Coalition and a Huntsman Cancer Institute investigator, and Henry received a new $163,000 grant from the National Institutes of Health’s National Cancer Institute to study community-level geographic factors that might influence HPV vaccination rates. For example, Henry said in a press release from the American Association for Cancer Research, it’s possible that “safety-net” immunization services, including state Children’s Health Insurance Program (CHIP) coverage, Medicaid health insurance and the Vaccines for Children (VFC) program might contribute to higher rates of HPV immunization in poor and minority communities.

The researchers will bore into individual ZIP code data collected by the CDC’s National Center for Health Statistics in Maryland. Over the two-year term of the grant, the team expects to review more than 5 years of data and 50,000 immunization records.

In particular, Kepka says, they want to find out what immunization patterns are for boys in the same communities, review more recent data and try to determine any regional differences.

“There are 26,000 HPV-related cancers each year in the United States. And we have a cancer-prevention vaccine that has been recommended for over 10 years,” Kepka said. “Yet, it is severely underutilized.

“HPV vaccine should be recommended right along with Tdap, meningococcal and flu vaccines,” she added. “We want to find out what the contextual factors are to these missed opportunities. Why are kids getting all the others but not HPV?”