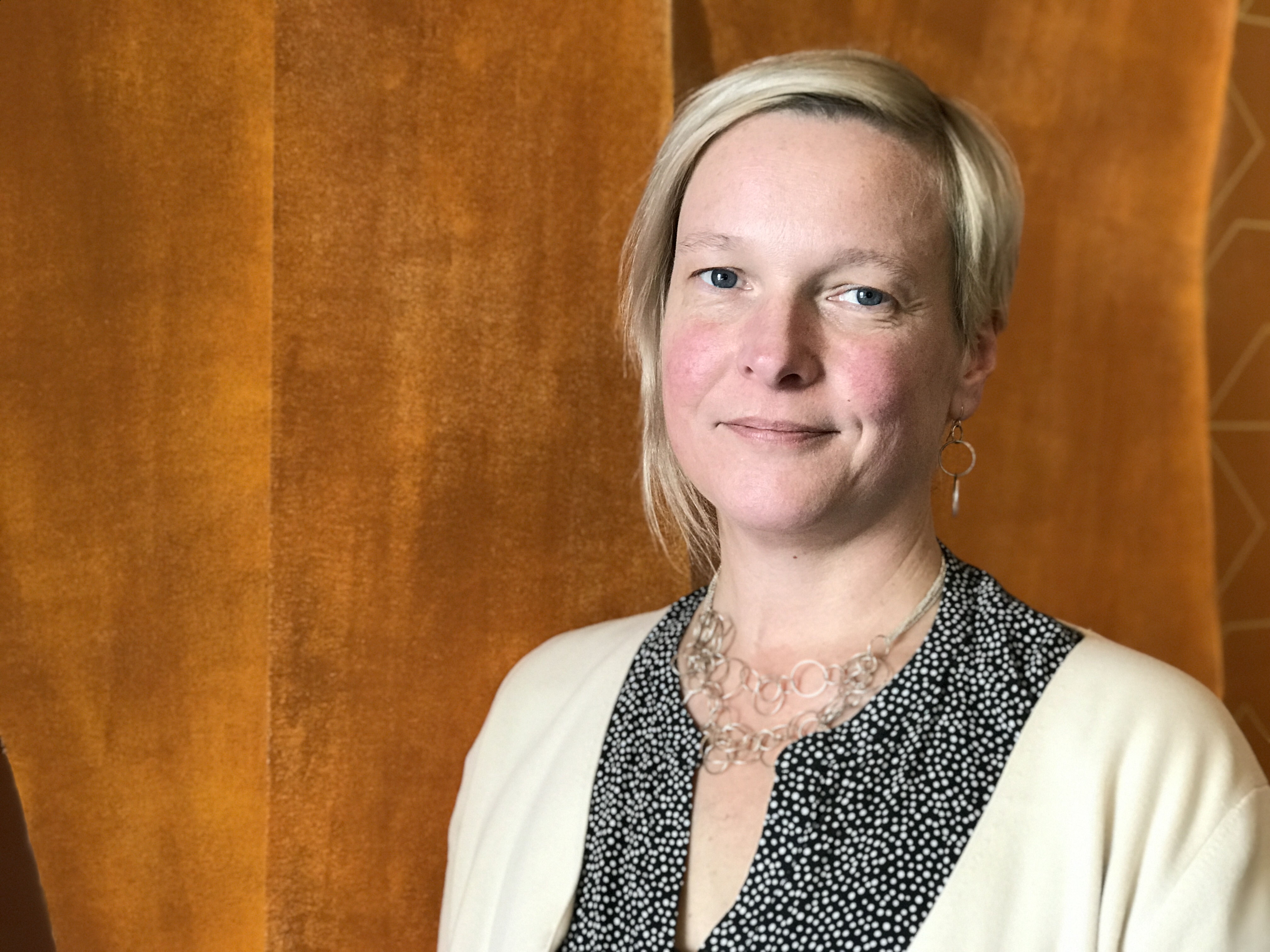 Kristin Cloyes, PhD, MN, RN, is an associate professor and nurse researcher at the University of Utah College of Nursing (CON). Among other research interests, Cloyes’ work focuses on sexual and gender minority research, end-of-life care, and LGBTQ+ advanced cancer care and caregiving.

After working in performing arts and media, Cloyes became interested in human services and health care. She worked as a CNA and then as a recreational therapist for people with intellectual, psychiatric, and physical disabilities transitioning from institutional to community residential settings. This work led her to pursue an education and career in nursing, where she gravitated toward psychiatric nursing, community nursing, and public health.

Cloyes didn’t always have a positive relationship with research, but her psychiatric-mental health nurse practitioner (PMHNP) program helped reframe what research can be and how outcomes can profoundly affect the lives of patients. “I hated my undergrad research classes! But once I got into my PMHNP program I started paying more attention to what counted as evidence for practice, where it came from, who generated it, and who wasn’t represented at the different points of this process,” says Cloyes. “These ‘gaps’ always attracted my attention.”

Cloyes explains that these gaps in representation are often aligned with minoritized individuals, groups, and communities that have been historically under-represented in research and underserved—or discriminated against—by our health care systems. “I think the bioethical principle of justice has gotten less attention than autonomy, non-maleficence, and beneficence until now, but to have health equity we need to be doing inclusive research,” says Cloyes. “Along with that, both my parents and an older brother had long-term chronic, disabling conditions that led to early deaths. I’m very interested in the impact of chronic conditions like cancer on people’s social connections, support, and wellbeing.”

Everyone deserves equal support and care

Cloyes joined the University of Utah (U of U) in 2005, and earned tenure in 2012. Having worked with teams conducting end-of-life and chronic illness research, Cloyes knew it was time to lead a program of research that mattered deeply to her both personally and professionally. “I and people in my family are both members and allies of the broad and diverse LGBTQ+ community. I was a young person living in New York in the late 80s and early 90s, and so many of my close friends were affected by the HIV-AIDS epidemic—that made an impression on me,” says Cloyes.

Fast forward a few decades, and the LGBTQ+ community continues to be disproportionately impacted by cancer and other chronic illnesses. “Throughout the years, I’ve seen and heard many stories of health care discrimination and in turn personal and collective resilience. I’m particularly in awe of the older adults who have borne the brunt of bias and discrimination, and paved the way for the cultural shifts we’ve seen over the past few decades,” relays Cloyes. “They deserve to know they will be well-cared for when they need help and support, especially during their most vulnerable times and at end-of-life. Everyone deserves that, at minimum.”

For Cloyes, the best part of her job is both teaching and learning from students. “I love getting to mentor and learn from the coolest nursing and health science students who are also interested in expanding health equity and justice as their generations begin to lead research and practice.”

Cloyes is currently working on several LGBTQ+-inclusive studies. In one project, she are looking at how LGBTQ+ and young adult cancer patients or survivors and their care partners get support from social networks over time. “We want to know more about both unmet needs and areas of strength, and what kinds of support—accessed in what ways—are most important to people’s mental and physical health,” says Cloyes. For example, does the support people get within their personal networks make them more likely to access health care or engage in recommended screenings?

Cloyes and her team are also wrapping up an NIH-funded study in which they interviewed LGBTQ+ family caregivers of people receiving in-home hospice care. They investigated the attitudes, knowledge, and assumptions of professional hospice care team members regarding LGBTQ+ patients and caregivers. “Right before the pandemic, we conducted focus groups with older adults to learn about their concerns related to who will advocate for them and help ensure that their wishes and values will be honored and respected if they needed to move into residential and long-term care,” explains Cloyes. “These topics have all been identified as priority issues by LGBTQ+ groups working in cancer, caregiving, and end-of-life areas.”

LGBTQ+ research at the CON

How much CON research involves LGBTQ+ populations? Kristen believes that while some LGBTQ+-focused research is conduced, CON faculty and students are conducting research with more LGBTQ+ people than they may realize. “I’d say that most definitely our CON faculty and students are doing research with LGBTQ+ people, they just may not know it. We don’t do a good job of collecting that data, and this makes this dimension of diversity invisible in our work and in the policies and practices that uses this evidence,” explains Cloyes. “Then again, many minoritized people avoid health care and research participation because they don’t feel safe and trust that they will be treated well.”

The supportive environment and resources offered by the CON make Cloyes’ research possible. “We have an amazing group of support colleagues at the CON, including our phenomenal Emma Eccles Jones Nursing Research Center—they make our research possible. We also have an overall culture of collegiality and collaboration at the CON, which is pretty unique for a nursing college at a research-intensive institution,” says Cloyes. “I’m privileged to work with fantastic teams of people who care about improving lives and to have the support of my colleagues and mentors.”